The overnight bus ride was better than expected. Although it was slightly odd at first as when you recline your chair back you feel like you’re almost in the lap of the person sat behind you.

The only annoyance was that they left the TV playing for quite a long time and it was right above my seat so I could hear it even through my ear plugs. Thank goodness for noise cancelling hheadphones! Based on the recommendation of an ex-colleague I purchased an app a while ago which plays white noise style tones and I finally fell asleep to the sound of rain… Maybe it’s a reflection of the weather from back in Ecuador ha ha!
We arrived at our hostel and met the new members of the group, three Aussies, but this time from Perth and all teachers. All around retirement age, Karen, Kay and Jerry. They will be with the rest of the tour group to La Paz, but are not doing one of the hiking options to Macchu Piccu.
The drive into Lima was quite interesting. It is the biggest city in Peru, with a population of between 9-10 million people, which crazily is almost a third of the entire countries population! Along the streets were hundreds of small bustling markets, with people selling everything you could imagine from the back of their cars. It all looked extremely chaotic but very interesting, I wonder how you would ever find what you were looking for! The weather was also very foggy and overcast and I learnt that Lima is also referred to as the grey city due to its grey skies. I did wonder how much was fog and how much was due to smog and pollution.
We were all pretty bleary eyed, but after a quick refresh we hit the city for an orientation tour.
We are staying in a suburb called Mira Flores, it’s beautiful here and feels very safe, but it’s also extremely westernised. It’s one of the fancy suburbs and you definitely don’t get a representative experience of the city from staying here. It seems crazy how affluent it is in this area in comparison with the areas we drove through on the way and you really see the disparity between the rich elite and the relative poverty of most of the population.
We jumped on a city bus and headed ‘downtown’. Our guide says ‘downtown’ in such a way that it always makes me want to burst into song inappropriately every time he says it! I love it. 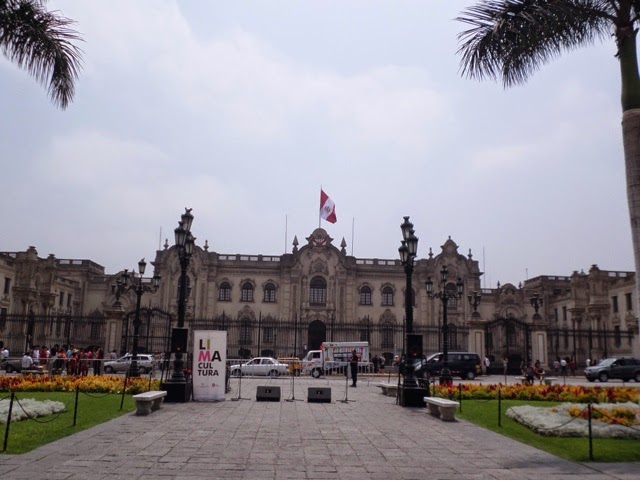 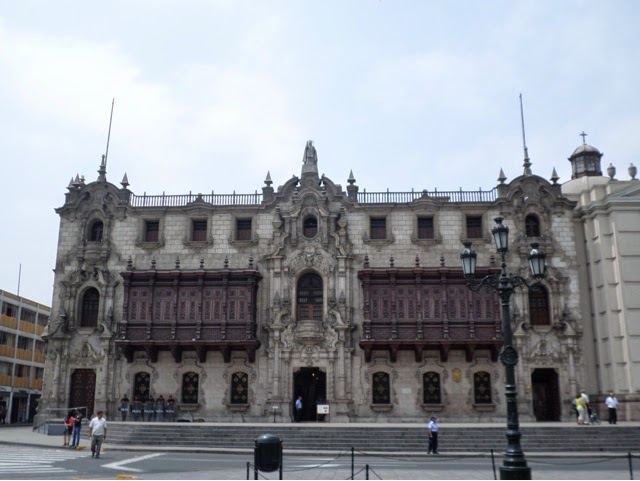 We saw some of the squares and visited churches and also the catacombs. It was a shame that during the tour of the catacombs we had a very quiet guide and couldn’t really hear anything. They are huge though. The catacombs extend for around a two block radius and the remains have been partially destroyed by the lime mortar which was used in construction and also burial of the bodies. As a result you end up just walking around looking at lots of brick arches and large collections of leg bones. It’s a bit of an odd experience, but there you go. Apparently most of the people buried in the catacombs were actually killed during the holy inquisition, when the Spanish tortured and killed indigenous non-believers. Through torture and murder they were cleansed and could therefore be accepted in heaven, so were allowed to be buried in the catacombs… Talk about ethnic cleansing. Even if they relented and accepted Catholicism it was apparently common that they would still be beheaded and the heads displayed before the local people as an example others! 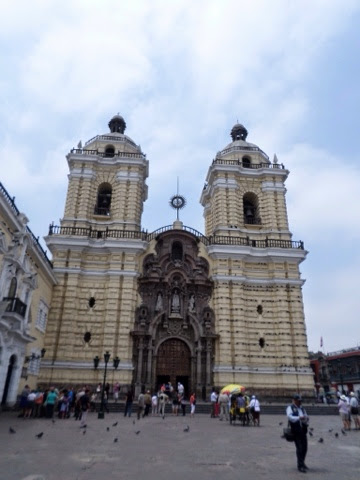 We wandered around the main streets for a while and also saw the view over to the shanty towns, apparently the reason they are all so brightly coloured is because an international political meeting was held in Lima and they didn’t want the visiting dignitaries to be off put, so they provided the residents with coloured paint! 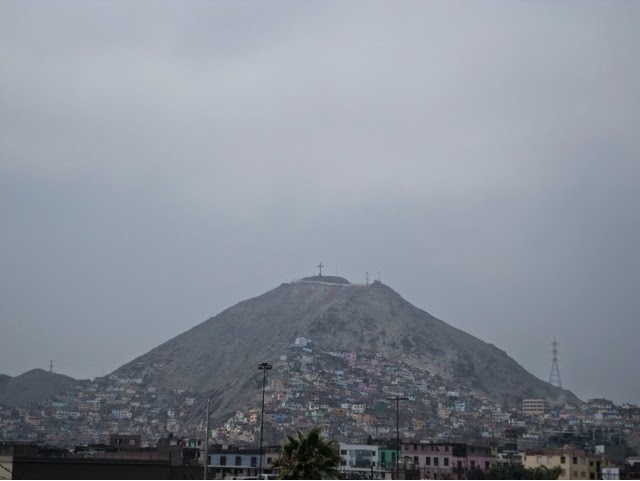 There is a shopping mall which is built into the cliff side nearby to our hostel, called Larcomar and we took a walk down there in the mid afternoon. It’s very nice, but it’s exactly like any mall back home, complete with the same shops and the same prices…. You have to wonder how local people afford anything here, although I know we are in a mega rich suburb. We also saw a sort of salsa dancing flash mob which was great, I really wish I was a good dancer! They all look so elegant, I always wander how they know what to do without knowing a routine. 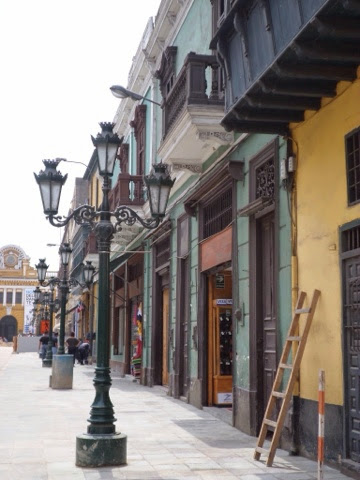 Importantly I was able to get a new rain coat. This was super exciting for me, as I’m a bit of a mega geek when it comes to outdoor stuff. It is bright pink and now nicely co-ordinates with all my other black and pink gear :-). It has an inner warm jacket which you can detach, which is really nice just to wear on its own too. So now I can happily go out without getting soaked, woohoo! It was also a sad moment too though, as although it’s a bit pathetic to get attached to material objects, I had owned my other jacket for half of my life and it had been on every trip I have done. So it felt a bit like I should have had some kind of ceremony or something ha ha!
In the evening we went out for dinner to celebrate Jerry’s 65th birthday. The restaurant was participating in Earth Hour and so we ate our dinner by candlelight which was really nice and created a great atmosphere. I had a very traditional salad ha ha! I just couldn’t cope with yet another heavy carb or bread based meal!
Our tour guide handily informed us also that we have to be careful how we pronounce Machu Piccu as apparently most westerners pronounce it incorrectly. You say it so that it sounds similar to Machu Pihchu, not Machu Pitchu, as the latter sounding pronunciation actually means ‘Old Penis’ not something you want to be randomly walking around saying!
In the morning it was a beautiful clear sunny day. Michelle, Zi and I went for a run along the waterfront. There is a wide pavement along the cliff for the length of the coastal part of the city in the suburb we are staying in. It’s very nice and feels a bit like a cross between the New Farm boardwalk and London Southbank. It’s very frustrating though to be running to my usual soundtrack and know that my pace has slowed as I’ve not been active enough. 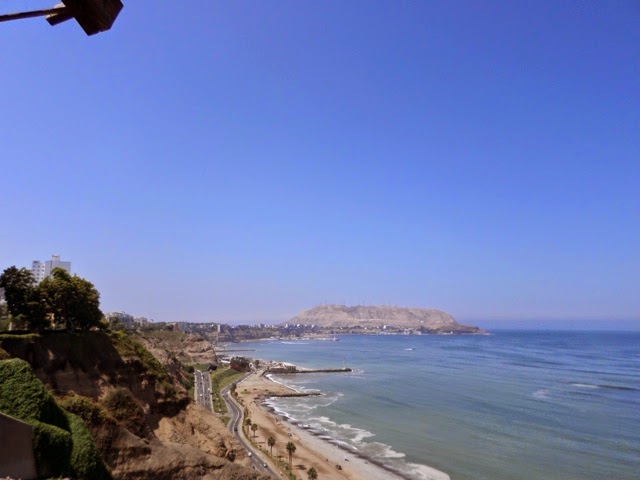 View along the jogging track.

The rest of the day was spent wandering and sitting enjoying the sunshine.
I found custard apples at the local supermarket and feasted on one for lunch. I think these are my new favourite fruit, since Diego introduced me to them in Otavalo. I will have to see if I can find them anywhere when I get home. I really love how they are also heart shaped :-). 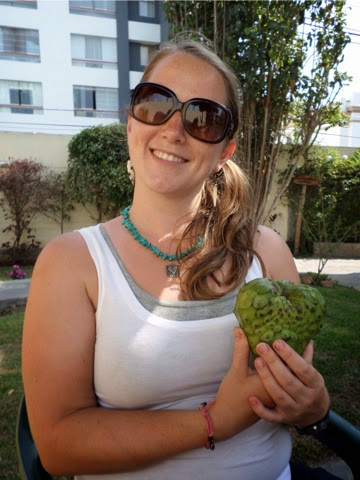 We then headed to the bus station… Again! This is getting a bit annoying now, as we are moving so fast. I knew this part of the tour was going to be hectic and frankly I wouldn’t want any more time in Lima anyway, but I am not feeling the love for buses at the moment.
That being said the buses here are totally awesome. There’s a tonne of room, they’re mega comfy and you get waitress service and entertainment. I got a full on dinner of Arroz con Pollo, an empanada con carne, a pancake with strawberry jam and an Inca Cola to wash it down with…
I would just like to stay in the same place for a few nights in a row. This won’t happen for another week when we hit Cuzco though. 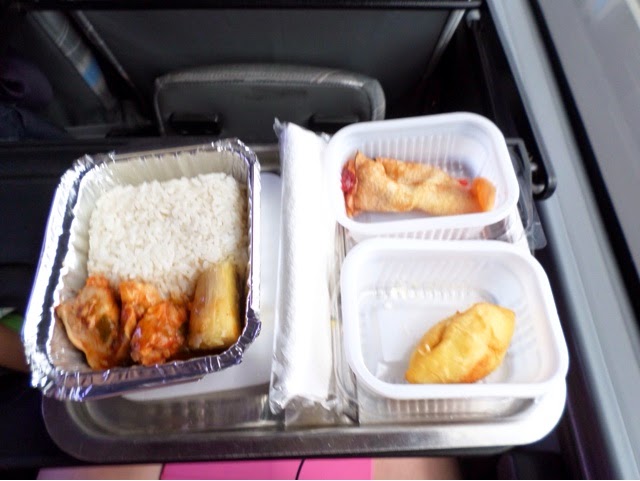 The bus to Paracas takes about 5 hours and so we checked into our hotel and headed for food…
The drive was a bit odd to be honest, the landscape was pretty barren and bare. It’s like crossing the moon or Mars! There are random towns of little box like houses in the most unexpected places and it just makes you wonder what on earth the people do and what they survive on!
After a relatively early start we headed out on a boat tour of Ballestas Island, referred to as the Galapagos of Peru. There are lots of birds and sea lions and it’s breeding season at the moment so there were lots of baby sea lions, cute :-).
I was quite apprehensive as I usually get very sick on boats and it can be a very miserable experience for me. The water was very flat and the weather was totally clear, so someone was looking out for me I reckon.
It has made me want to the Galápagos Islands a lot though. Unfortunately it was too expensive to add into this trip, but at least I have an excuse to go back to Ecuador now. 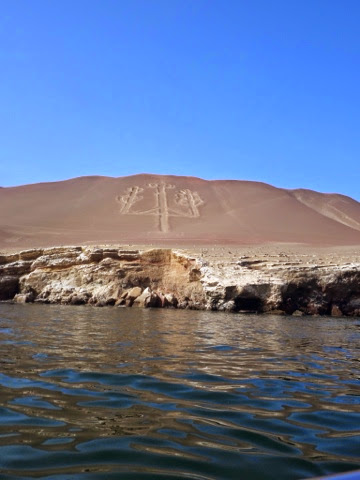 The Candelabra, thought to have been constructed by the Incas, but no records or replications of this figure are found elsewhere. 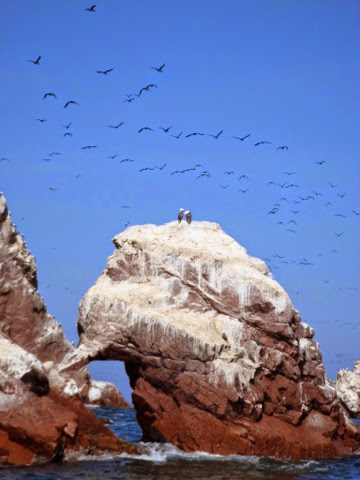 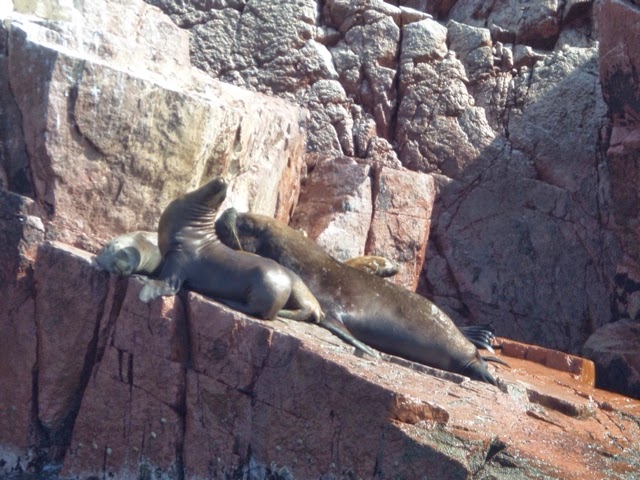 Each male Sea lion only has a territory of around 2m, but can have around 13 females. 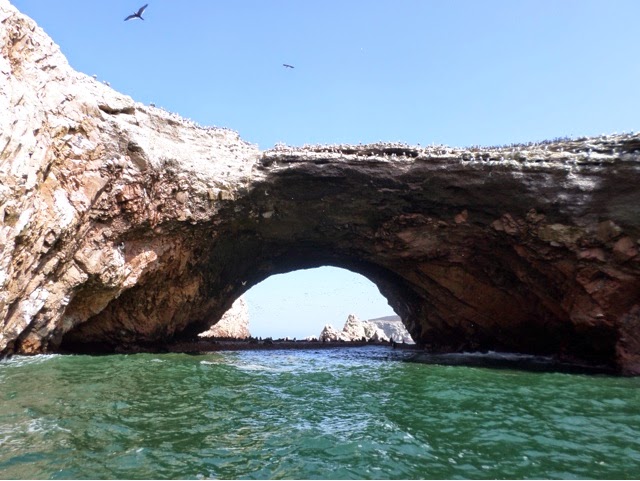 Now it’s on to Nazca, a place I have always wanted to see and am extremely excited to visit!
Hopefully as we move into the highlands I will like Peru more as well. So far it’s all been pretty brown, desolate with lots of rubbish everywhere and mega sleazy men… Huge contrast to Ecuador, which I cannot believe we left an entire week ago, as it only feels like a few days!